The Finance Minister delivered the Union Budget on February 1, 2019. The Budget is a big influence on making numerous changes in the Company Act, 2013.

The concept of a small business has changed. Therefore, it reads according to Notification No. CG-DL-E-01022021-224862 dated 1st February 2021. The Commercial has been selectively replicated as follows.

In exercise of the powers conferred by sub-section (1) and (2) of section 469 of the Companies Act, 2013 (18 of 2013), the Central Government hereby makes the following rules further to amend the Companies (Specifications of Definitions Details) Rules, 2014, namely:

A. A brief title and commencement: – The amended rules are now in force and known as the Companies (Specification of Definitions Details) Amendment Rules, 2021.

“(t) For sub-clause (I) and sub-clause (ii) of clause (85) of section 2 of the Act, paid-up capital and turnover of the small company shall not exceed rupees two crores and rupees twenty crores, respectively.”

I. Paid-up equity capital of which does not exceed two crores rupees and;

II. Revenue of which as per profit and loss report for the immediately preceding fiscal year does not surpass twenty crores rupees and;

III. A turnover of which for the immediately preceding fiscal year does not exceed one hundred crores.

Provided that nothing in this clause shall apply to—

(A) a holding company or a subsidiary company;

(B) a company registered under section 8; or

(C) a company or body corporate governed by any special Act;

Incorporation of One Person Company (OPC)

The Budget made the above arrangements to ease norms for setting up Person Business by reducing NRIs’ residency cap from 182 to 120 days. The law previously specified that only Indian people could create one individual company in India. Non-resident persons with entrepreneurial ability are now allowed to set up One Person Companies (OPC) with no paying up capital and turnover constraints, reducing registration timeline from 182 days to120 days. “xxxxxx” to the Corporations (Incorporation) Law, 2014 is hereby amended as under:

In exercise of the power conferred by sections 469(1)(a) and 469(2) of the Companies Act, 2013, the Central Government has made the following amendments:

(1) These rules may be called the Companies (Incorporation) Second Amendment Rules, 2021.

Conversion of OPC into Private or Public Company

A resident or non-resident person or a corporation with a registered office outside India can convert an OPC into a private company or a public company if they meet the turnover and capital requirements. An announcement to amend Rule 6(8) of Companies (Incorporation) Law, 2014, is reproduced below.

Process for Conversion of OPC into Private or Public company

1. The One Person Corporation shall alter its Memorandum and Articles by passing a Resolution in compliance with subsection (3) of section 122 of the Act to affect the transition and make appropriate adjustments incidental to the conversion.

2. A One Person company may be transformed into a Private or Public Company, apart from a registered company under section 8 of the Act, after raising the minimum number of members and representatives to two or seven members and three or four directors, as the case may be, and retaining the value 1 capital as per the requirements for these class of company and by rendering due enforcement of section 18 of the Act for conversion.

The Company shall apply for conversion to a private or public company, other than under section 8 of the Act, alongside fees specified under the Companies (Registration Offices and Fees) Rules, 2014.

(a) Altered MOA and AOA;

(b) copy of resolution;

(c) the list of proposed members and its directors along with consent;

4. After deciding that all conditions have been met, the Registrar accepts the certificate’s application and issues it.

In compliance with the amendment, the previously required INC-5 filing has been done away with, and the format of INC-6 has been changed to streamline its processing.

Merger or Amalgamation of Startup Companies

Earlier under Section 233 of the Companies Act, 2013, a scheme of agreement can be entered between two or more small firms or between a holding company and its entirely subsidiary company. Still, according to alteration in Companies (Compromises, Arrangements and Amalgamations) Rules, 2016 now the scheme of quick track merger may be entered into by the following companies:

a) two or more small companies

b) holding company and its wholly owned subsidiary company 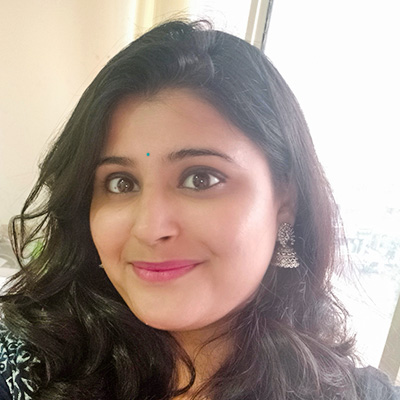