5 Management Lessons that We can Learn from Ramayana 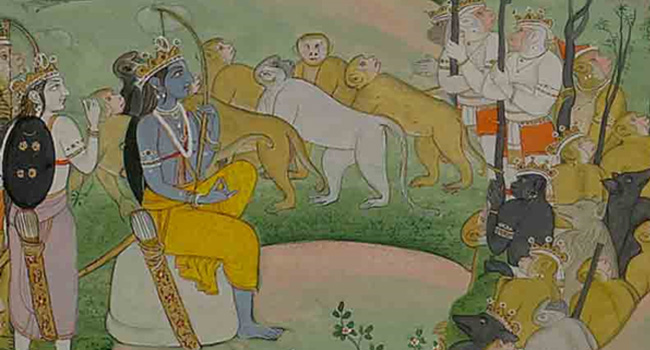 Ramayana stands as one of the Hindu epic mythology. A wise person won’t just look Ramayana as a story but also as a medium of education. Over years, sages and gurus have espoused the significance of doing the dharma (duty). Ramayana teaches us the lessons of leadership, governance, and management not only in books but also in a few esteemed management institutions.

Let us now dwell into the business lessons that we can learn from the Ramayana.

If there was anyone in the Ramayana who was having best of the managerial characteristics then it was Sughriv. He showed traits of a great manager by getting Ram to work consequently and getting back his kingdom from brother stronger than him.

His managerial skills are seen in other instances as well, especially when he had Angad to work for him. Imagine Sughriv to be a mediocre manager; Angad could become one of their arch-rivals.

Lesson: A good manager proves time and again that businesses run on a good relationship.  And an ideal manager would value good relations with the employees, clients etc, to make it count for the organization. Lord Ram was one such master of fostering good relations. Consider the end of a battle between Ram and Ravana wherein, even on Ravana’s deathbed, where he was wounded, lying on the battlefield, he threw light on few of the essential life lessons he learnt in life.

When Hanuman successfully discovered Sita’s whereabouts, he, on his own choice, set aflame the city of Lanka. This decision of Hanuman disgruntled Ram. This led to Hanuman not taking further decisions for his own.

But being a great leader that Ram was, he removed himself from the scene where further decision making was involved. This was to let Hanuman revive his own decision-making capability.

Consider this scenario in the war where Mahiravan abducted Ram and Lakshman with intent to drag them to the Patal Lok. It was Hanuman who had the right intellect and physical prowess to rescue them. Eventually, Hanuman succeeded in rescuing Ram and Lakshman. What Ram did here is something that every leader should be learning – creating more leaders within the organization to succeed in achieving a common goal.

Lesson: A true leader is the one who creates leaders around. This is a very steep task but when followed with caution, it will have people around within the organization who are capable of taking independent decisions for collective good.

When something important is communicated, stick to it! We all know about the battle of Bali and demon Mayavee. One of their fights landed in the cave wherein Sugreeva was ordered by Bali to stay out and keep a watch over the cave till the time he emerges back.

It was almost a year’ wait. And neither of Bali or the Mayavee (demon) came out. Sugreeva ‘thought’ they must have killed each other in the battle. And therefore, he returned to Kishkindha (their kingdom) and took the ruler’s throne while also marrying Tara, Bali’s wife to be his.

Lesson: The root cause of fatal enmity between the two brothers – Sugreeva and Bali had its root in awful miscommunication. A managerial lesson here is to beware of miscommunication at any point within the organization – be it acquisition or in talent management.

The king of Ayodhya, Dasaratha’s plan top place Ram at the helm of affairs was interrupted by Kaikeyi. Surely it was obvious to place Ram on throne considering he was the elder one and that he was liked by all the people in the kingdom.

Referring to Raghuvansham of Kalidasa where Ramayana is extended to Luv-Kush, it is written that Ram divided the kingdom equally between Lava and Kusha.

Lesson: Successful companies are the ones who have great development plans for their top performers just like the succession plan for a kingdom. Essentially, a good leader will always choose to groom potential managers and employees to ensure long-term retention.

Ram represents a skillful manager, utilizing the available resources optimally to gain maximum out of minimum. These skills are evident even during the war with Ravana. The crucial one was the act of building a bridge over the sea to reach Lanka. 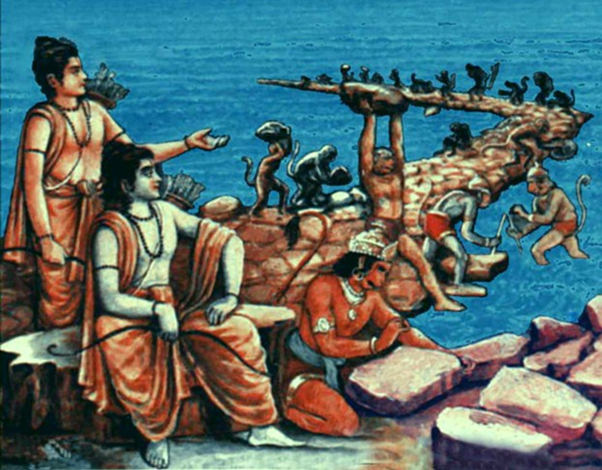 While there were a lot of thoughts on how to cross the Sea, Ram took 3 days for meditating and later on suggested to create a bridge. He picked up the right people for that job; two of his army men – Nal and Nila. They were skilled in making a bridge and constructing things. Ram also gathered local tribals (the apemen), got them trained from his team to help Nal and Nila build the bridge at earliest. The bridge was constructed within a few days and thereafter, helped Ram and his army to reach Lanka.

Lesson: Pick up the right people for the right task. A good management scenario is to have all the people giving their best. Needs to be motivated by what a manager highly thinks of them. Ram has had his faith in Nal and Nila while assigning them the duty. Same goes for the modern day manager who vests responsibility with an utmost faith in getting things done.

Drawing conclusions from this Epic Mythology

Ramayana is one of such Indian Epics that has a vast potential to change our every-day human life. Be it in the management or in personal life, it never ceases to inspire us in small instances even after ages.

We, at www.LegalWiz.in, believe that Ramayana is one of such Indian Epics that has a vast potential to change our every-day human life. Be it in the management or in personal life, it never ceases to inspire us in small instances even after ages.