In some instances, the companies act authorizes a company to purchase its shares or other securities. According to the companies act, section 68 to 70 and rule 17 of the company’s rules (share capital and debentures), 2014 takes charge of the buyback of shares.

1. Section 68 deals with the power of the company to purchase its security.

Out of free reserves, a company can purchase its own shares.

From the security premium account, issuance of any shares or other particular securities begins.

2. Under the sub-sections, no company is allowed to purchase its own shares and other specified securities; until or unless-

– The buyback is sanctioned by its articles.

– If the company’s general meeting has passed a special resolution sanctioning the buyback.

– The buyback is 25% or lesser in the totality of paid-up capital and the company’s free reserves. If the equity shares are to be purchased back, the amount included in buyback should not go beyond 25% of paid-up equity share capital in that particular financial year.

– Secured and unsecured debts’ ratio of totality possessed by the company after buyback is not more than twice the paid-up capital and its free reserves.

– Specified securities and all the shares for buyback are wholly paid up.

3. Meeting’s notice in which the special resolution is advanced to be passed beneath clause (b) of sub-section (2) will be going along with an explanatory statement stating the following.

– A whole and complete revelation of all material facts.

– The requirement for the buyback.

– The class of shares and security planned to be bought under the buyback.

– The stipulated time for completion of buyback.

4. Every buyback has to be completed within 1 year from the special resolution’s passing date.

5. The buyback beneath the sub-section (1) maybe-

– From the prevailing shareholders or security holders on a proportionate basis.

– From the open market.

– By purchasing the securities issued to the company’s employees in accordance with a scheme of sweat equity or stock option.

Provision related to buyback of shares

2. Approval – the buyback can be made with the board of directors’ approval taken at the board meeting or by a special resolution taken by shareholders in the general meeting, depending on the buyback proportion.

The board of directors’ approval is up to total paid-up equity capital’s 10% and free company reserves.

– Shareholders’ approval – up to in totality of paid-up capital’s 25% and free company reserves.

3. Word of notice of general meeting – Meeting’s notice in which the special resolution is advanced to be passed has to be in accordance with an explanatory statement in which the required particulars have to be filled according to section 68(3) (a to e) and rule 17(1) (a to n) of companies rules, (share capital and debentures) 2014 should be revealed.

4. The buyback methods – the buyback of shares of private and unlisted public companies, maybe;

– From the prevailing shareholders on a proportionate basis.

– By purchasing the securities issued to the company’s employees following a sweat equity scheme or stock option.

As mentioned above, the details are given under section 68 of the companies act, 2013 for the shares’ buyback is very beneficial for the company. It has something to offer to everyone as it can enhance the shareholder value, improvement in the return on the equity, and also gives the exit opportunity to the investors if the shares are not performing well; at the same time, it gives companies the chance to restructure their capital requirements with more efficiency in the utilization of the capital. 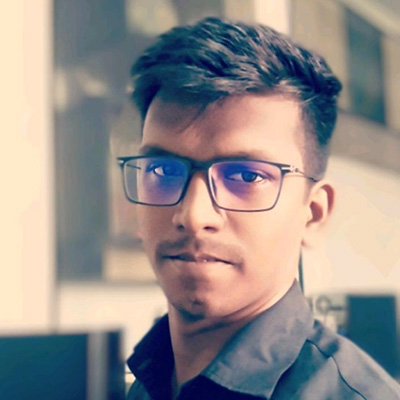 Anandan Mudaliar pursuing Company Secretary is associated with LegalWiz.in as Operational Executive of the Company. He is handling various MCA related compliance along with good grip in Company, LLP and other various legal drafting.