Shradha Sharma: Writing her own Fairytale by Telling Untold Stories

The seventh day of Navratri is dedicated to Goddess Kalaratri who represents Kaali Maa. She is the epitome of great strength who fights against all the demons and evils. She represents fearlessness and as a one who give auspicious results.

Our story for day is also about a fearless woman who successfully fought against not only demons outside but also inside her head. We are talking of Shradha Sharma. She is hardly someone who needs an introduction. She did her BA and then went to study communications in MICA, Ahmedabad. If we are to tell a story of someone breaking the social prejudices, it has to be hers. She started working at the Times of India and later joined CNBC, Mumbai. That job exposed her to plenty of untold stories that were great enough to be inspirational epitomes. 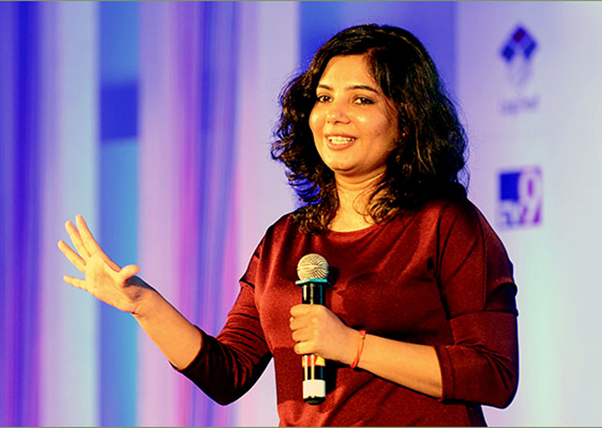 There came a time in her job when few of her entrepreneurs’ success story ideas that were rejected by the channels. And since she was interacting more often with plenty of entrepreneurs, she had her thing figured out – there were plenty of entrepreneurs waiting to get heard. But then, there was no one ready to take their stories to the world. And, that’s when she saw a common strand connecting all of them – they all had a story to tell, but nobody was keen to take their story to the world. This ignited here independence to cover stories of such people and this led to the start of something brilliant –YourStory. And this was back in 2008 when online publishing portals were surely not the lucrative of options to pursue for.

Writing her own Story

She led bootstrapped journey with YourStory for close to a decade until she was finally successful in raising funds for her venture in 2015. Currently, YourStory stands tall with a database of over 70,000 stories where she leads the team of over 100 people who offer the content in 11 local languages with a reader-base of over million.

Shradha’s stories started with an aim to tell India’s untold stories of entrepreneurship. Like every other startup, Shradha’s YourStory too experienced a roller-coaster ride – full of ups and downs leaving a sweet taste of success and bitter taste of failures. But what kept YouStory going strong was her will to tell a new story for every entrepreneur.

And after gradually setting up the portal, she had a decision to make. Calling a quit at her high paying job that offered her almost all the luxury she could ask for. This was her leap of faith to become what she strived to be- a storyteller. She started telling the untold story of entrepreneurs that speaks of everything; from their reflective dark days and even experiencing the first taste of success. Perhaps, this is the reason why she named her portal as YourStory. It indeed offered a space for every entrepreneur to tell their story.

The Glitch in the Narrative

She too, like other entrepreneurs faced a herculean task to start with. Somewhere down the line, she was aware of what she was signing up for. The major challenge was to get a few entrepreneurs she knew on board for getting them on her portal. But quite shockingly, it turned out a nightmare for her. The same people who supported her while she was at CNBC started treating her differently. There were no big names that would go out and acknowledge her efforts. But no big names acknowledged what she was trying to do. Had it been someone else, this would have shaken him or her. But, we are talking of Shradha Sharma, the one who knows perfectly how to handle her morale in such times. She remained persistent. And soon after, she had a few entrepreneurs by her side who would love their story to come out on YourStory

For her, each phase of difficulty just made here stronger day by day. The prevailing patriarchal culture of India has the society look down on women. A rebel in her always wanted to counter such thoughts and she did so, with her work. As an entrepreneur, certain lack of funds may push you in a no-escape zone but for Shradha, this was the opportunity. Such a situation forced her to create a highly profitable business structure.

If the professional hardships were not enough, on a personal front she lost her mother in 2010. She was her constant force and losing someone for whom you do everything is devastating. She has also confessed that quitting the job and then while building YourStory losing a mother had put her in depression. To come out, she got into a busy work schedule and every story she came across healed her. This made her go on strong and come out of the dark phase. 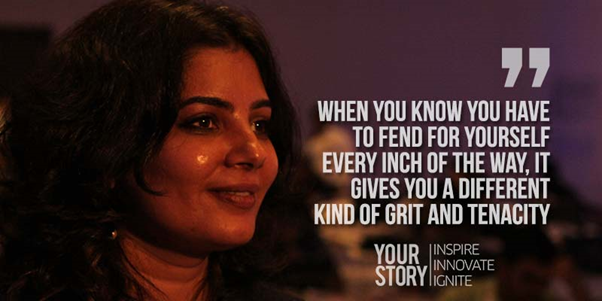 In the end, it was really the stories that featured on YourStory that transformed and inspired her by connecting with plenty of positive entrepreneurs. Shradha has her mind set on the stories not the people tell but the ones they live. Not the stories that are beautiful, not the fairytales, but those where people open up their scars, mistakes, and failures. As she believes that such stories bring out the real character from a person. And to tell such stories in a way that it matters the most is something that she is inclined to.

A Winner is Born

Shradha’s efforts with YourStory have yielded her over 40,000 entrepreneurs’ narratives since its inception. She made the most out of her earned experience with CNBC and Times of India. This gave her the fundamental understanding of how to run a media businesses.

And now with over half decades since its existence YourStory stand as a highly reputed domestic name within the entrepreneurs’ fraternity. A dream realized by Shradha Sharma and her perseverance is certainly paying off in style.

It was her hunger, constant efforts and the “never give up” attitude that took YourStory to where it is now. It just seems that she was born for it, fighting against the all odds, personal, professional and socio-cultural problems to withstand her vision. Shradha Sharma leads YourStory from the front as a story in herself. A journey of a small girl from Bihar who dreamt big and fought against all odds to be a founder of India’s highly interactive and reputable platform for entrepreneurs’ stories.

If this was not enough, she was awarded the L’Oreal Paris Femina Award and was included in the list of worlds’ top 500 LinkedIn influences. YourStory stands for what Shradha describes it as “India’s biggest and definitive platform for start-ups and entrepreneurs-related stories, news, resources and research reports.”

The investments kept flowing from various sources from prominent figures like Ratan Tata himself. Shradha is also inducted in the list of Fortune 40 under 40 while nabbed the Economic Times promising entrepreneurs of India Award.