Memorandum of Understanding – Its Need and Legal Status

A Memorandum of Understanding (MOU) is usually referred to as a “gentleman’s agreement.” It is a document that governs two parties, corporations, and organizations, operating towards a standard line of action and establishes their official partnership. An MOU is easier and a less complex document in comparison to traditional contracts.

Take the first step towards legal contract with MOU?
Seek expert assistance at LegalWiz.in who can help you tailor an MOU.
Know More

Parties who are willing to establish a legal relationship between them and work towards a common goal or purpose prior to entering a contract can enter into MOU as it is the first step towards a legal Contract. MOU being simpler, less complex in nature, and less time consuming than the contract, is preferred by the parties. This formal Agreement (MOU) involves less complexity hence making it a convenient alternative for the parties. An MOU is hence always preferred when the parties tend to avoid any legal implications before creating valid contracts.

MOU is an agreement, and this Agreement becomes a valid contract only when it fulfills the criteria mentioned under section 10 of the Indian Contract Act, 1872. One of the essentials of a valid contract is establishing a legal relationship between the parties of the contract, and hence MOU will be legally binding only when it is created in such a way that the intention of the parties to the Agreement is to create a legal relationship between them and the breach of any of the provisions of the MOU would result in the same consequences as that of a breach of contract.

In case the parties intend to create a legally binding MOU, then there would be the use of “shall” instead of “may,” “would be,” instead of “can be,” “should be” instead of “might be,” and much more. Such terminology is used in order to bind the other party and making him liable to do a certain act. The insertion of the dispute resolution clause binds the parties to perform their obligations as mentioned in the MOU as non-performance will lead to dispute or breach of the MOU, which itself contains a clause providing a method of resolution of disputes.

A legal binding MOU must have a clear intention to bind the parties of the MOU to perform their obligations mentioned in the MOU.

The Calcutta High Court in the case of Jyoti Brothers vs Shree Durga Mining Co., AIR 1956 Cal.280 was of the view that a contract to enter into a contract is bad and is not valid from the point of view of the law. However, the court will rely upon the degree of importance of such understanding to the parties and to the fact that whether any of them has acted in reliance on such understanding’. Further, the SC in the very famous case of Jai Beverages Pvt. Ltd. v. State of Jammu and Kashmir and Ors, AIR 2006(4) SCJ 401 held that if an MOU is in a formal shape and if the parties benefit from acting in accordance with the terms listed out in the MOU, it can be considered as a legally binding agreement.

Difference Between MOU and Letter of Intent (LoI)

LOI and MOU are often used interchangeably and both can have the same effect. The LOI is a document that is proposed by one party to the other to ensure the preliminary terms of an agreement entered between them for a business transaction. The LOI is generally used to define the points that are agreed between the buyer and purchaser before finalizing the deal with a contract that is to be signed by both the parties. This document may or may not be binding; when both parties agree that the LOI has a binding effect only then it is considered to be legally enforceable otherwise the document cannot be given effect in a legal manner. MOUs are generally more open-ended than the LOIs.

Memorandum of Understanding holds a particular power taking into account the fact that it is an alternative to a legally binding agreement intending to establish a legal relationship amongst the parties.

While drafting the Memorandum of Understanding not only the express intention of the parties have to be taken into account but also the titles, the language, and the clauses of the document have to be taken special care of, failing which would result in a tremendous loss to the parties. 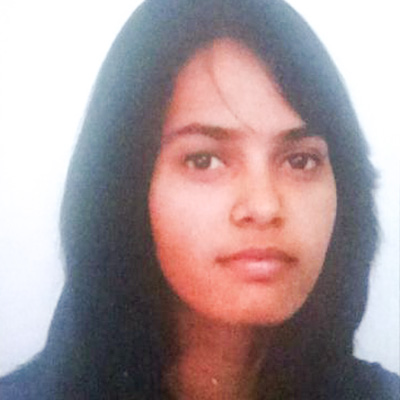 Nischay is a lawyer by profession, with substantial background in Contract Drafting & Vetting. She earned her B.Com LLB (Honours) from GNLU in 2015. Her day-to-day at LegalWiz.in remains to protect client interests by drafting, reviewing & advising on various contracts & legal documents.