Day 7 of the Navratri colour is grey that symbolizes the strength of transformation. On this day, Goddess Kalaratri is worshipped. She is a destroyer of all demons, negative energies, and evil spirits. She is also known as Shubankari to show the right path results to her devotees.

Priya Paul is a renowned and successful woman entrepreneur who took over the reins of the Apeejay Surendra group when her father died.  Her sheer determination, gruelling efforts, and hard work have led her to become one of the most famous & known women entrepreneurs in the country today.

Who is Priya Paul?

Priya Paul was born on 30th April 1966. She has graduated from Wellesley College, Harvard Business School, and INSEAD. In 1988, she started working as a Marketing Manager of The Park, New Delhi. Later, she became General Manager and also appointed as the Director of the Apeejay Surrendra Group. After that, she became the Chairperson of the Apeejay Surrendra Park Hotels Ltd.

Paul is an Executive Committee Member and Ex-President of the Hotel Association of India. She is also a Member of the National Tourism Advisory Council, National Council of Science Museums, and Indian Advisory Board of Harvard Business School. She is the Chair of the South Asia Women’s Fund and the Vice-Chair of the WTTC (World Travel and Tourism Council). WTTC is an Indian Initiative Trustee. She is also a Trustee of IFA (Indian Foundation of Arts).

Recently, in 2020, she received the entrepreneur of the Year Award by FHRAI (Federation of Hotel and Restaurant Association of India). At the age of 21, she started looking after three hotels when her father died. It was a crucial time as she had very little experience. However, she took the challenge and coped with it very well.

What are her goals?

Paul is a positive person who successfully survives during the recession. She always comes up with innovative and creative ideas to fulfill the need of diverse cultures. She believes in contemporary concepts with a modern look for her hotel business.

It is one of the prominent reasons she was able to make a domestic and international tourism presence. Her creative ideas, design, and concept are different in all hotels to build a unique brand value for her business. She is blessed with family support. Her mother was also managing the hotel business for 10 years before she started working for it.

Why is she so successful?

She is a leader of the twentieth century. She has put 25 years of her life building great success. Her determination and innovative thoughts reward her again and again in the Hotel industry. An entrepreneur of the year in 2020. In 2011, she was on the list of India’s top 50 most powerful businesswomen by Fortune Magazine. In 2012, she conferred the Padma Shri by The President of India.

Read stories of other entrepreneurs such as Falguni Nayar, and Vandana Luthra. 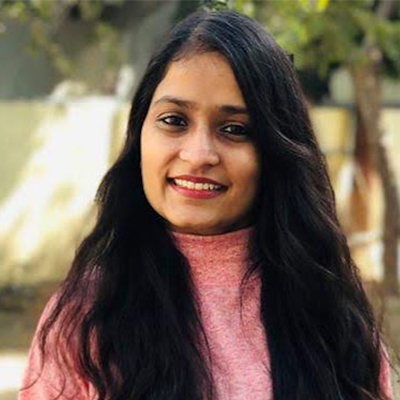