What is the maximum time gap between two AGMs in case of Extension of AGM by ROC?

According to section 96 of the companies act, 2013, every company except business having one-person company registration (OPC) has to arrange a general meeting as its AGM (annual general meeting) each year. Every company has to arrange its first AGM within nine months from the date of ending of the company’s 1st financial year and afterward in each year within six months from the financial year’s conclusion, such that the interregnum should not exceed fifteen months betwixt two successive AGMs.

Section 96 necessitates that the following AGM has to be convened on the earliest of the below mentioned dates.

RoC (registrar of companies) might prolong the time of convening the AGM, apart from the first AGM, ‘on any special grounds’ by a period not going beyond three months if it cannot be convened within the stated time boundary.

Prolongation for companies whose financial year has been concluded on 31st of December, 2019.

Because of the devastation that has been brought by the pandemic, companies were facing distress in convening AGM. For that reason, certain delineations were made before the ministry of corporate affairs (MCA) to enable them to convene their AGM exceeding the statutory timeline stated in section 96 of the said act. MCA released its circular dated 21st of April 2020 stating prolongation for convening AGM by nine months for concerned companies, whose financial year has been concluded on 31st of December 2019. Therefore, specified companies can convene their AGMs latest by the 30th of September 2020.

Prolongation for companies whose financial year has been concluded on 31st of March 2020.

Considering the impact of the pandemic and its challenging scenario, companies whose financial year has been concluded on the 31st of March 2020, have had hard times convening AGM. On the 10th of September 2020, the RoC from various jurisdictions had released the circular stating prolongation for convening AGM for all the companies by three months, such as up to 31st of December 2020, without getting approval in form GNL-1. Such respective orders of RoC can be availed at the homepage of the MCA website.

Applications that have already been submitted in form GNL-1 but not granted or declined are also part of the above-stated orders. Such arrangements have been given to companies for the first time in a while due to the uncertainty they had to deal with because of the pandemic.

Does the period betwixt 2 AGMs go beyond 15 months?

There is a lot of clamour amongst the folks about whether the period betwixt 2 AGMs prescribed in section 96 of the act goes beyond 15 months or not?

According to the ICSI’s secretarial standard 2, the period betwixt 2 AGMs should not go beyond 15 months. The period as mentioned earlier of 6 months or an interregnum of 15 months might be prolonged by a period not going beyond three months with the registrar of companies’ advance permission, in case of any AGM except the first AGM.

Every company need to send annual report to RoC every year.
Explore matters to be covered in AGM of Pvt Ltd. Company for preparing a submission report.
Read More

In such a scenario, the period betwixt 2 AGMs might be beyond 15 months laid down beneath sub-section (1) of section 96 of the act. Nonetheless, in such a situation, it should be corroborated that the relevant AGM is convened on or before prolonged time limitation, and notice has to define the fact of prolongation of time for convening the AGM.

In totality, the period betwixt 2 AGMs should not go beyond 18 months (15 months according to the act + 3 months of prolongation) in any case.

– Preceding AGM of the company convened on 25th of July 2019, the due date of AGM is 25th of October 2020 (earliest of the preceding date of fifteen months or six months from the ending of the financial year). Still, the company is taking advantage of general prolongation given by RoC by three months then the company can convene its AGM latest by the 25th of December 2020.

– Preceding AGM of the company convened on 5th of July 2019, the due date of AGM is 30th of September 2020 (earliest of preceding date of fifteen months or six months from the ending of the financial year). Still, the company is taking advantage of general prolongation by RoC by three months then the company can convene its AGM latest by 31st of December 2020. 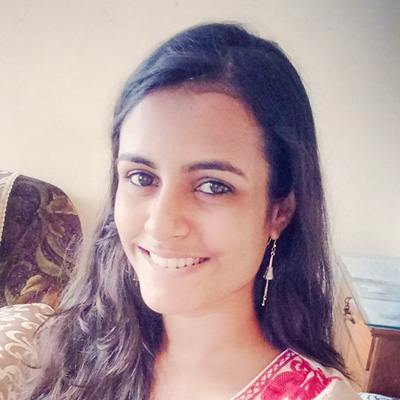 Benazir Shaikh is a company secretary pursuing her Internship at LegalWiz.in. She prospects to make a career in Legal & Secretarial field.